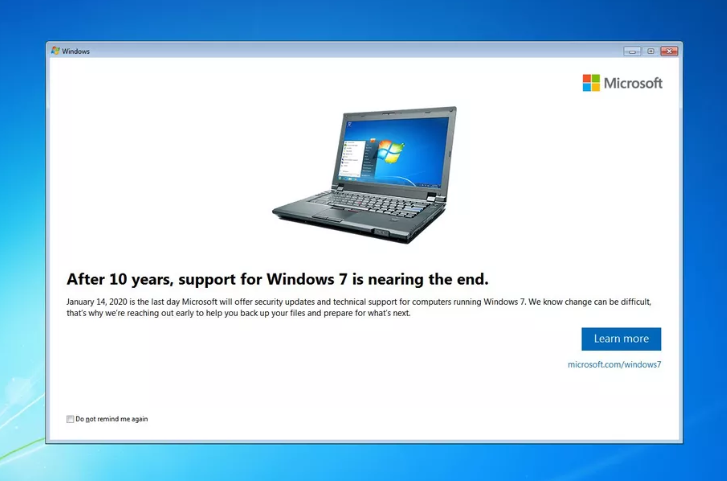 Microsoft will implement Windows 7 End of Life (EOL) on the 14th January 2010. This means that it will discontinue all support for the operating system Including all updates and vital security patches. Window 7 was released on 22 July 2009 and is a period know as extended support which is due to end.

So why is this all happening?

The Windows 7 “end of life” EOL cycling is something that has happened to all previous versions of Microsoft OS’s including Windows Vista and Windows XP etc. When a new OS is released its lifecycle begins and it finishes when it is no longer supported. See image before for more information on OS End of Life timelines

What does “End of life Mean”?

End of Life or EOL is determined as the date in which an OS or application is no longer support by the vendor. You can continue to use in this case Windows 7 but you do so at your own risk. Without security updates to protect your system you are more exposed to advanced malware and ransomware going forward.

Can you Upgrade to Windows 10?

In most cases you can upgrade you existing machine to Windows 10. Some older hardware may not be compatible so an assessment may be required to establish which machines can be upgraded and which ones should be replaced.

It is important to establish if existing application running on your existing windows 7 machine will be compatible with an upgrade to Windows 10. The good news is that Windows 10 has been available since July 2015 and most software vendors have a compatible version of there products available

Windows as a Service (WaaS) – Windows 10

The introduction of Windows 10 has seen Microsoft adopt a new policy for their software. In the case of Windows this is know as Windows as a Service (WaaS) this incorporates continuous updates and support for this offering.

According to Net Marketshare as of December 2018 36.9% of the market is still running the beloved OS. See chart below 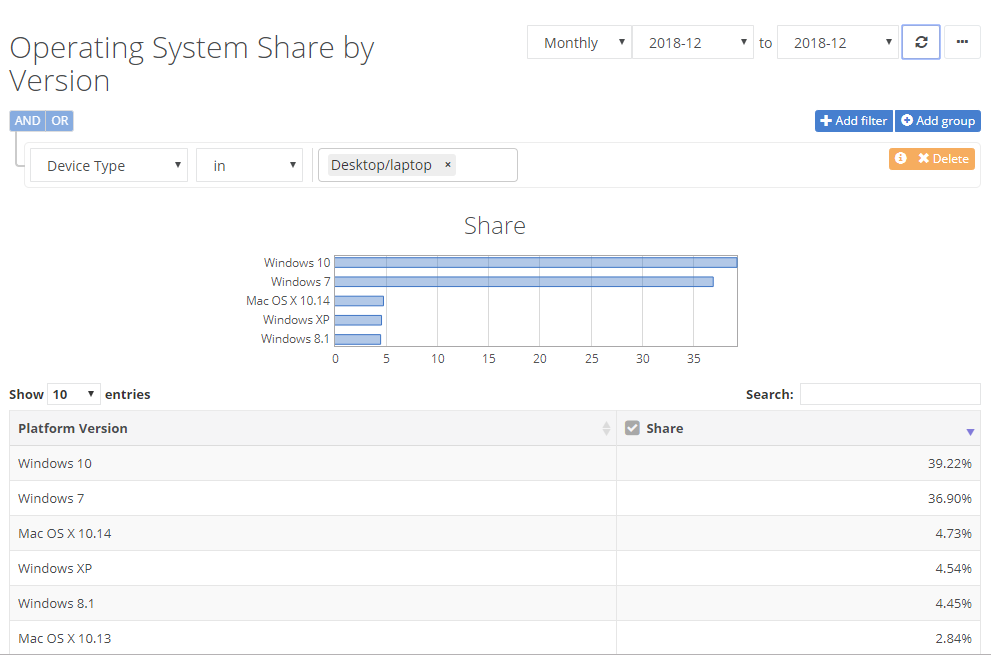 Your best bet is a planned upgrade from Windows 7 to Microsoft’s Windows 10 in an orderly fashion before the January 2020 deadline. This will allow you to smoothly transition to Windows 10 in a painless fashion.

IT Mechanic - Onsite & Remote IT Support

IT Support for Business

IT Support for Everyone

This website uses cookies to improve your experience while you navigate through the website. Out of these, the cookies that are categorized as necessary are stored on your browser as they are essential for the working of basic functionalities of the website. We also use third-party cookies that help us analyze and understand how you use this website. These cookies will be stored in your browser only with your consent. You also have the option to opt-out of these cookies. But opting out of some of these cookies may affect your browsing experience.
Necessary Always Enabled
Necessary cookies are absolutely essential for the website to function properly. This category only includes cookies that ensures basic functionalities and security features of the website. These cookies do not store any personal information.
Non-necessary
Any cookies that may not be particularly necessary for the website to function and is used specifically to collect user personal data via analytics, ads, other embedded contents are termed as non-necessary cookies. It is mandatory to procure user consent prior to running these cookies on your website.
SAVE & ACCEPT